Ajwan Magazine > Featured Posts > Ines Harrak, CEO of Qatar Drones and Technology Company, “There is no place in the world today without conflict”
Featured Posts

Ines Harrak, CEO of Qatar Drones and Technology Company, “There is no place in the world today without conflict”

The Colombian / Spanish “DTS Group” has pledged to ensure the security of the next FIFA World Cup in 2022, which is expected to start on November 21 and end on December 18 in Qatar, which stressed its commitment to ensuring security and peace during this event that will be held in Qatar. Eight sports stadiums spread over five cities.

With this in mind, the organizers hired the services of the Middle East company of the Colombian / Spanish company (DTS-Middle East), among several other companies, in order to design security protocols, including both participation and attendance, which will be implemented during the next 27 days in the Cup. the world . In this context, the conversation was with the general manager of the DTS group, which brings together different companies in the field of security and defense, Inas Harraq, the regional director of the project.

How does Qatar want a safe World Cup in a region of latent conflicts?

The State of Qatar, under the leadership of His Majesty the Emir, has been working for several years to increase the traditional security standards for modern countries, and this means that control over the entry, transit and exit of people in the country is much higher than the traditional standards that we see in various countries. Thus, the focus of work today is to strengthen the systems to be able to control the flow of travelers that the 2022 World Cup will bring. As for the conflicts in the region, in fact there is no place in the world today that is free of conflicts, so the Middle East (in relation to the East) Middle) is not an exception in other cases.

How does DTS explain its work with local authorities?

As part of the group, there is a participation in the amphitheater, the leading company in the world of sports safety that has undertaken the design of security engineering for two stadiums, especially for the stadium that will host the World Cup Final. The Supreme Committee demands that all companies exceed traditional safety standards, and in this regard the work led by the committee is being carried out in a team with various contractors and friendly governments. These are not easy tasks, but the leadership of the Supreme Committee made it possible to achieve the goals and dates that His Majesty pledged as a commitment to FIFA to attend an event of this size.

Qatar is one of the most stable countries in the region. Does this make DTS easier?

The fact that a country is stable and secure does not mean that it does not face risks, but rather that it works with obligations and without comfort in the security of its citizens and visitors, and in that we all participate. Stability favors that some firms undoubtedly condone others that are not necessary. In this sense, let me give you an example. The need for cybersecurity is very high, but the need for the security of physical infrastructure is practically nonexistent. And group services.

The Qatari government has given priority to working on social networks. What role does DTS play here?

DTS Group, with TIC Defense, offers the highest standards of cybersecurity on the Internet, the deep and dark web, which includes countermeasures, especially the identification of avatar armies and social movement networks. However, managing social networks is not at the core of the group.

What might affect the natural development of the World Cup? The threats unquestionably cyber attacks above any other. 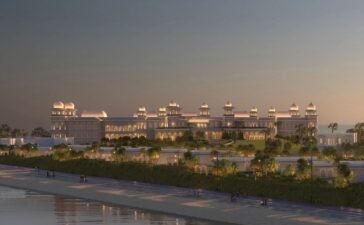